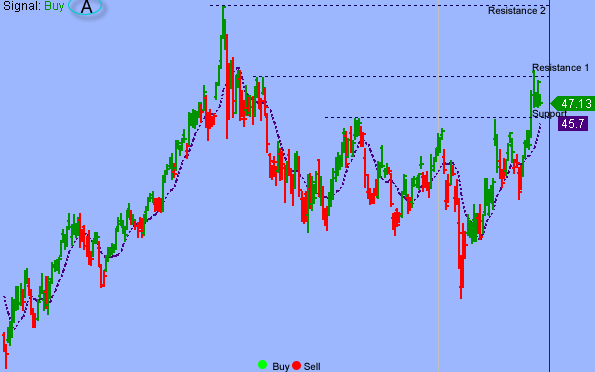 We’ve noted in the previous Market Outlook that: “although overbought condition is keeping buyers at bay, S&P’s 3700 continues to act as price magnet.  Short-term traders can anticipate increase short-term volatility with rapid up and down moves in the market.”  As anticipated, S&P fell marginally from a record high in a late-day sell-off on Thursday after a report said Pfizer is dialing back its coronavirus vaccine rollout plan for this year due to supply chain issues.  The broad equity benchmark dipped less than 0.1 percent to 3,666.72 after hitting an all-time high earlier in the session.  The Dow Jones Industrial Average gained 0.3 percent to 29,969.52.  The Nasdaq Composite rose 0.2 percent to 12,377.18.  The CBOE Volatility Index (VIX), widely considered the best gauge of fear in the market, rose less than 1 percent to 21.28.

The Trump administration on Thursday added China’s top chipmaker SMIC and oil giant CNOOC (CEO) to a blacklist of alleged Chinese military companies, a move likely to escalate tensions with Beijing before President-elect Joe Biden takes office.  The Department of Defense designated a total of four additional companies as owned or controlled by the Chinese military on Thursday, including China Construction Technology Co Ltd and China International Engineering Consulting Corp.  As such, the iShares China Large-Cap ETF (FXI) closed flat on the day but is up about 8 percent YTD, underperformed the S&P.  Now the question is what’s next?  Below is an update look at a trade in FXI. 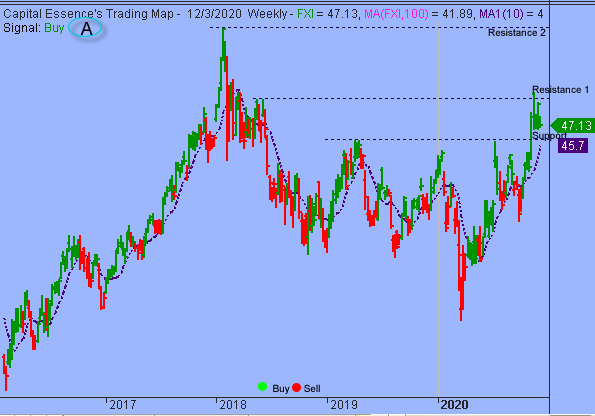 Our “U.S. Market Trading Map” painted FXI bars in green (buy) – see area ‘A’ in the chart.  Over the past few weeks, FXI has been basing sideways using the early November breakout point as support after the early October rally ran out of steam near the spring 2018 high, around 49.  The overall technical backdrop remains supportive of further advance. A close above 49 on a weekly closing basis will confirm the bullish signal and trigger acceleration toward the 54 zone, or the early 2018 high.

The 2020 rising trend line, just below 46, represents the logical level to measure risk against.  All bets are off should FXI close below that level. 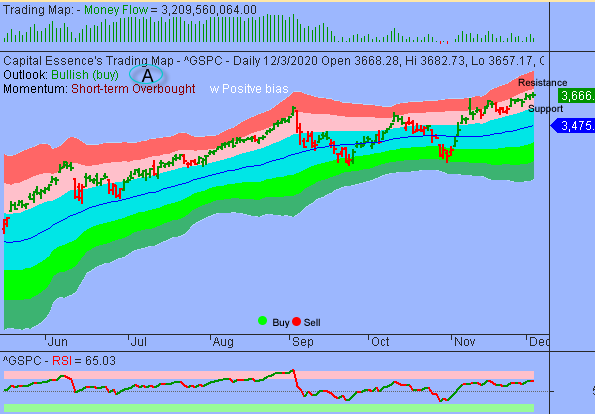 S&P retreated after the early rally attempt found resistance near the lower boundary of the red band.  That level roughly corresponds with the important sentiment 3700 mark.  As mentioned, a trade above the lower boundary of the red band indicated extreme overbought conditions, a situation that often precursor to a meaningful downside correction.  Money Flow measure flashed a weak bearish signal as it’s on a verge of falling below the zero line, indicating a lack of commitment among the bulls.

For now, S&P has the lower boundary of the red band, around 3700, to trade against.  The normal behavior for the S&P has been to consolidate and retreated almost every time it traded above that level so there is a high probability that a significant consolidation pattern will again develop in this area.

On the downside, there is a strong band of support between 3625 and 3600.  A failure to hold above 3600 indicated that long-term buying pressure has been exhausted and a much deeper pullback should be expected and we’re looking at 3475, based on the trend channel moving average.

In summary, while overbought conditions have returned on a daily basis, the overall technical backdrop remains supportive so downside risk could be limited. It is possible that S&P could continue to drift higher as trading sentiment remains strong.  As for strategy, traders should look to increase exposure into short-term market dips rather than chasing breakouts.