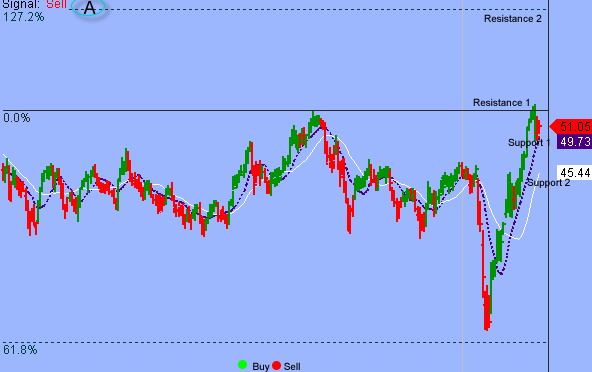 We’ve noted in the previous Market Outlook that: “while the near-term technical backdrop remains bullish, trading behavior in the S&P remains constrained by a short-term sideways pattern and shown little evidence of a sustainable change in trend.  3430 is the line in the sand. The bulls must hurdle and sustain above that level or market will works off oversold conditions and fall under its own weight.”  As anticipated, S&P opened higher in early Wednesday session, traded as high as 3,428.92, before gave up earlier gains to close mostly lower, after the Fed indicated it will keep rates near zero through at least 2023, but also warned of risks to the economy without additional fiscal stimulus during the coronavirus pandemic. For the day, the S&P was down 0.43 percent, while the Nasdaq Composite slipped 1.25 percent. The Dow Jones Industrial Average outperformed, up 0.13 percent.   The CBOE Volatility Index (VIX), widely considered the best gauge of fear in the market, rose about 2 percent to 26.04.

Retail outperformed Wednesday despite the bearish report.  U.S. consumer spending slowed in August, with a key retail sales gauge unexpectedly declining, as extended unemployment benefits were cut for millions of Americans, offering more evidence that the economic recovery from the COVID-19 recession was faltering.  Retail sales account for the goods component of consumer spending, with services such as healthcare, education, travel and hotel accommodation making up the other portion. Services have been hardest hit by the coronavirus, which plunged the economy into recession in February, and spending on services remains about 10% below the pre-pandemic level.

As such, the SPDR S&P Retail ETF (XRT) rose 0.47 percent on the day and up about 11 percent YTD, outperformed the S&P.  Now the question is what’s next?  Below is an update look at a trade in XRT. 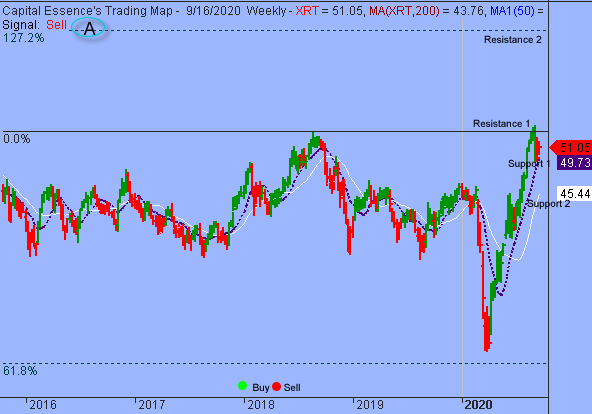 Our “U.S. Market Trading Map” painted XRT bars in red (sell) – see area ‘A’ in the chart.  Over the past few weeks, XRT has been trending lower in a short-term corrective mode after the early April rally ran out of steam near the prior high set in 2018.  Near-term technical backdrop has been deteriorated, suggesting that XRT might have move to a much lower level to attract new buyers.  Support is around 49.70.  A close below that level on a weekly closing basis signify a bearish breakout and a test of the more important support near the 46 zone should be expected.

On the upside, XRT has resistance near 53.  A close above that level on a weekly closing basis will trigger a new buy signal with upside target around 65.

XRT has resistance near 53.  Short-term traders could use that level as the logical level to measure risk against. 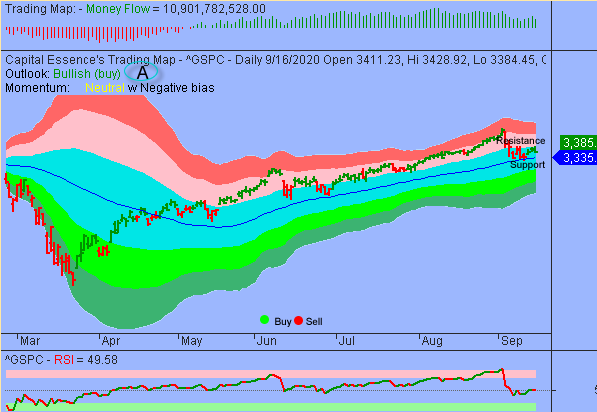 Once again, the S&P retreated after the early rally attempt ran out of steam near the lower boundary of the pink band.  That level was significant when the index fell below it in late August.  Technically speaking, the longer the index holds below this resistance the stronger it becomes.  Momentum has been weakened but does not appear strong enough to generate a widespread breakdown.  Right now, the most important thing to watch is the retreat and rebound behavior as the trend channel moving average, currently at 3335, is tested as support.  We’d turn particularly bearish if the index closes twice below that level.

In summary, S&P rally attempt failed at formidable resistance.  If the index fails to climb above 3430 this week, then the next stop will be 3335 with the possibility of a brief breakdown below that level.