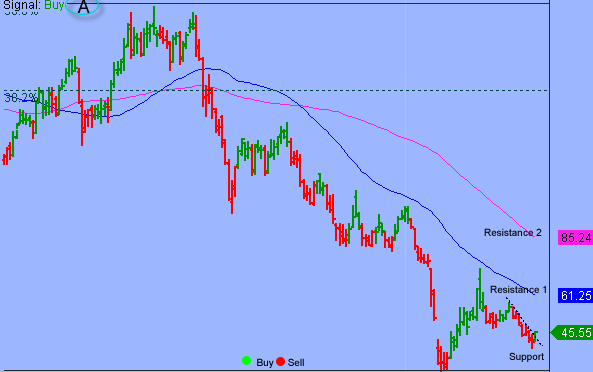 Stocks rose on Thursday led by strength in value stocks even as investors mulled the chances of further stimulus after U.S. House Speaker Nancy Pelosi rejected the idea of passing standalone aid bills.  The Dow Jones Industrial Average added 0.4 percent to 28,425.51. The S&P gained 0.8 percent to 3,446.83 and the Nasdaq Composite advanced 0.5 percent to 11,420.98.  The CBOE Volatility Index (VIX), widely considered the best gauge of fear in the market, fell more than 5 percent to 26.42.

Energy led the broader market higher, underpinned by rising oil prices amid hurricane-related disruptions in the U.S. Gulf of Mexico and positive comments from OPEC on long-term oil demand.  OPEC forecasts global oil demand will surpass the pre-pandemic levels in 2022 and grow steadily until the late 2030s, when it will begin to plateau.  As such, the SPDR S&P Oil & Gas Exploration & Production ETF (XOP) surged more than 4 percent on the day but is down more than 50 percent YTD, underperformed the S&P.  Now the question is what’s next?  Below is an update look at a trade in XOP. 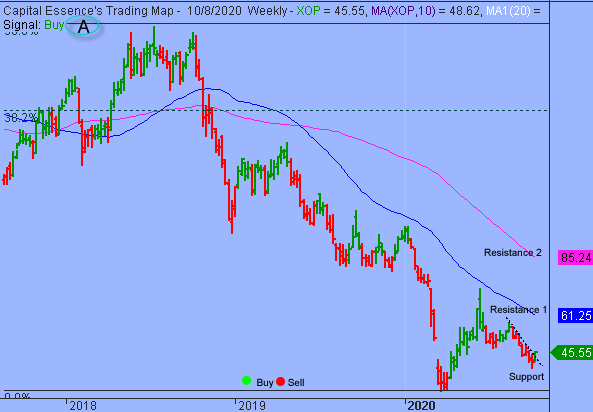 Our “U.S. Market Trading Map” painted XOP bars in green (buy) – see area ‘A’ in the chart.  Over the past few weeks, XOP has been trending lower after the April recovery rally ran out of steam near the 1-year moving average, a key technical level based on moving averages.  The late August downswing found some solid footing near the prior low set in late March.  This week’s rally pushed the ETF above the August falling trend line, signify a bullish breakout and upside reversal.  A close above 45 on a weekly closing basis will confirm this and a retest of the 1-year moving average, around 61, should be expected.

XOP has support near 39.  Short-term traders could use that level as the logical level to measure risk against. 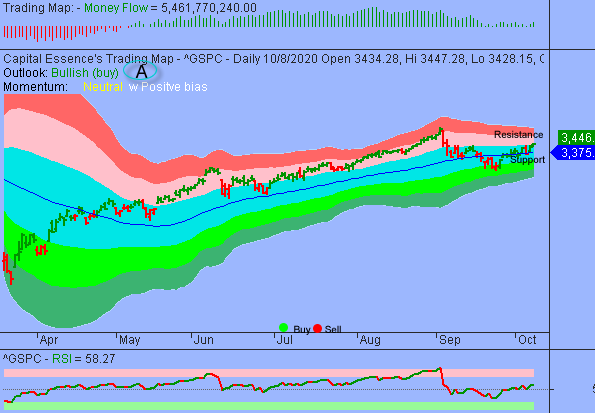 Thursday’s upside follow-through confirmed Wednesday’s bullish reversal signal.  Key technical development in Thursday session was a clear break above the lower boundary of the pink band.  That level was significant when the S&P tested and failed in early September.  The bullish breakout would be confirmed on another close above 3430 this week, which would support upside follow-through and a retest of the early September high, just below 3600.  That level roughly corresponds with the lower boundary of the red band.  Technically speaking, the normal behavior for the S&P has been to consolidate and retreated almost every time it traded above that level so there is a high probability that a significant consolidation pattern will again develop in this area.  Additionally, short-term overbought conditions has returned on an intraday basis so it should not be surprising to see some backings and fillings in the coming days.

In summary, S&P cleared key resistance, breaking out above formidable resistance.  Consecutive close above 3430 this week would confirm Thursday’s bullish breakout signal, supporting upside follow-through in the days ahead.  However, market is short-term overbought following recent advance. There could be a sell-off in the offing but it would be shallow if so.