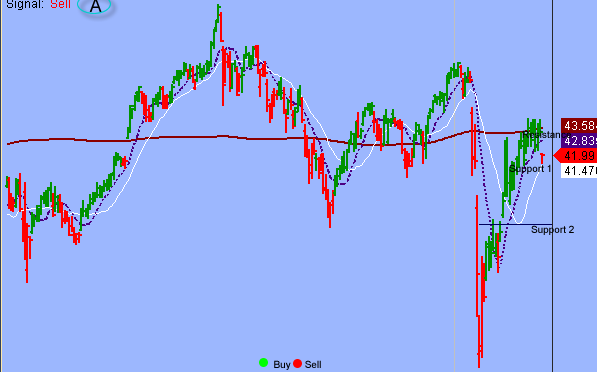 We’ve noted in the previous Market Outlook that: “Friday’s bearish breakdown signify an imminent major trend shift.”  As anticipated, stocks fell on Monday as fears about the potential worsening of the coronavirus pandemic, as well as uncertainty on further U.S. fiscal stimulus, rattled traders.  The S&P lost 1.2 percent to 3,281.06. At one point, the bench mark gauge dropped as much as 2.7 percent.  The Dow Jones Industrial Average dropped 1.8 percent to 27,147.70.  The Nasdaq Composite closed just 0.1% lower at 10,778.80 after a late-day surge in tech stocks.  The CBOE Volatility Index (VIX), widely considered the best gauge of fear in the market, jumped more than 7 percent to 27.78.

Concerns over another wave of coronavirus cases came as the U.K. reportedly considers another national lockdown to stop an increase in infections. Top U.K. government scientists said that, without further action, the country’s infection rate could reach 50,000 per day. The country’s benchmark FTSE 100 dropped more than 3 percent on the fear.  As such, the iShares Europe ETF (IEV) tumbled 3.09 percent on the day and is down about 11 percent YTD, underperformed the S&P.  Now the question is what’s next?  Below is an update look at a trade in IEV. 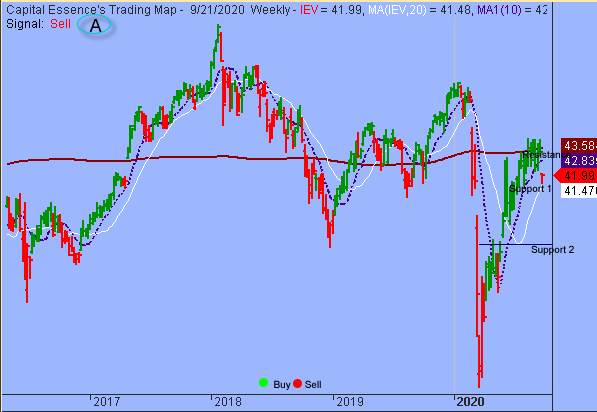 Our “U.S. Market Trading Map” painted IEV bars in red (sell) – see area ‘A’ in the chart.  Over the past few weeks, IEV has been basing sideways after the spring recovery rally ran out of steam near the 4-year moving average.  That level was significant when the ETF fell below it in early 2020.  This weeks’ bearish breakdown suggested that the 2-month congestion pattern, which represents the digestion in the aftermath of the June rally has resolved itself into a new downswing.  Right now, follow-through is the key a close below 41.50 on a weekly closing basis will confirm the bearish signal and a retest of the late May breakout point, around 38, should be expected.

IEV has resistance near 43.  Short-term traders could use that level as the logical level to measure risk against. 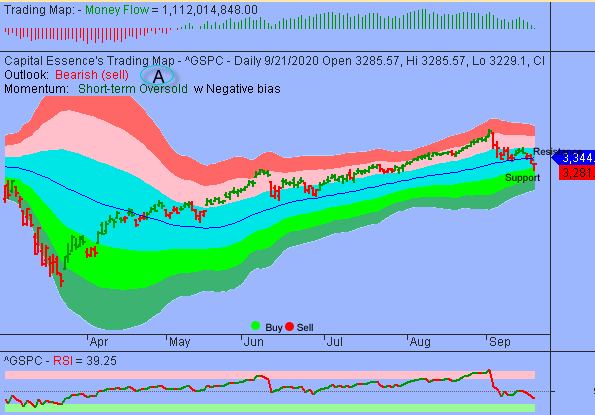 As expected, the S&P moved down to test support at the 3200 zone after falling below the trend channel moving average last week.  That level roughly corresponds with the upper boundary of the green band.  The late day recovery rally suggested that the support would hold.  This is a positive development but let’s notice that Money Flow measure is moving closer to the zero line and looking vulnerable over the near term.  A further correction of, say 1-2%, would take the measure below zero and S&P into intermediate-term corrective mode.  With this in mind, we’d look to reduce exposure into intraday rallies.

In summary, our near-term work on momentum and price structure suggested strongly that Monday’s market action smacked of short-term capitulation.  The S&P is setting up for a near-term relief rally, but given the damages done over the past few days, any rallies are counter trend bounce and should be sold.