One of the noteworthy developments in recent days has been the move in transport stocks.  After months of speculation, Donald Trump finally withdrew from the Iran nuclear deal last week.  Iran is OPEC’s third-largest oil producer, exported about 2.5 million barrels a day. Renewed sanctions would reduce Iranian oil exports, further tightening global supplies and pushing oil prices further up.  As a result, the iShares Transportation Average ETF (IYT) is in the spot light.  The ETF fell 1 percent this week, down 0.2 percent YTD.  Now the question is whether the recent selloff is a pause the refreshes or it’s a beginning of something worse?  Below is an update look at a trade in IYT. 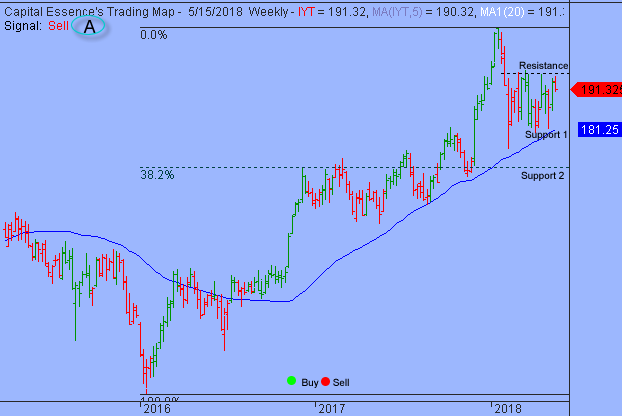