After a strong run of outperformance since early September, the iShares Europe ETF (IEV), which tracks the investment results of the S&P Europe, formed a multi-year high in early October.  Last week’s selloff indicated a bearish turnaround, according to our “U.S. Market Trading Map”. Below is an update look at a trade in the IEV. 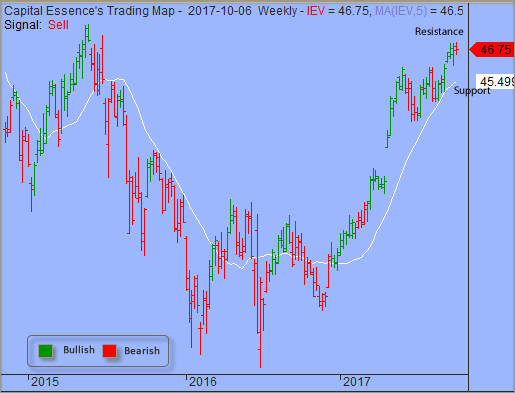 Our “U.S. Market Trading Map” painted IEV bars in red (sell).  After a steep uptrend, there are some reasons for caution on the move to new highs.  The late September outside reversal bar which is often located at the end of an uptrend.  Adding to concerns is momentum, which has been deteriorated since early summer as prices moved higher.  These elements…Click here to read more.